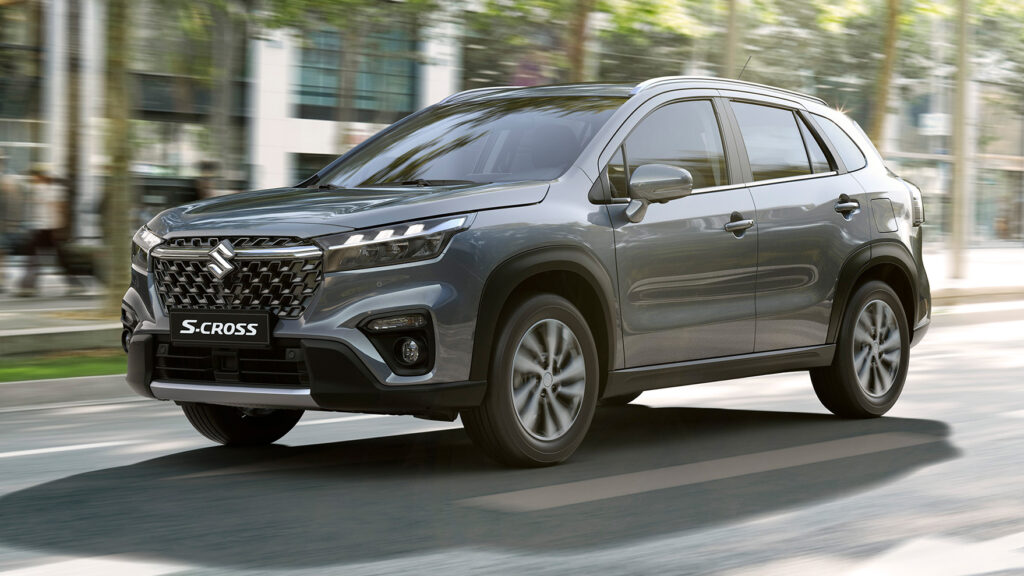 Maruti Suzuki’s premium mid-side SUV Maruti Suzuki S-Cross is coming to India in a new avatar this year. Yes, soon 2022 Suzuki S-Cross will be launched in other countries including India. Ahead of the launch, the leaked image of this crossover from Maruti Suzuki revealed many of its features as well as the design. The new S-Cross has been given a new look and style, as well as the company, has built it on the new Global C platform. Let us tell you what is special in the updated avatar of Maruti Suzuki’s premium SUV S-Cross.

Talking about the design of the new 2022 Suzuki S-Cross, it looks quite new and aggressive. Its length varies from 4.2 m to 4.5 m. The company has introduced this car with a completely revised design. The front grille of the Suzuki S-Cross looks similar to the XL6. The headlamps of this car come with a lot of LED lamps and talking about the revised headlamps, they are connected by a thick chrome strip.

In terms of engine and power, the updated S-Cross will get the same 1.5-litre K15 petrol engine as the current model, which will be equipped with Smart Hybrid technology and will be capable of producing up to 104bhp and 138Nm of torque. It can be offered with a 5-speed manual and 4 speed automatic as well as a 6-speed automatic gearbox.

Major changes have also been made to the interior of the S-Cross. The dashboard of the S-Cross has been given a new design. The top-spec model of the S Cross now gets heated front seats, dual-zone climate control, Apple CarPlay and Android, keyless entry, leather seat upholstery, and a panoramic sunroof. The Maruti S-Cross gets a large free-standing 9.0-inch touchscreen infotainment system. The central AC vent has now been placed at the bottom of the screen, which is much sleeker than before. It also includes the steering wheel, gear lever, power window switch, climate control dial and buttons.

The new generation S-Cross has a more boxy SUV appeal than the older version. The curves are sharpened to cut through the sleek lamp and surround cladding. At the front, there is a piano-black grille with a honeycomb pattern. The chrome stripe on the grille adds to the sleek styling headlamps as well as the Suzuki logo in the middle along with the tri-beam LED facets. The front bumper has been neatly cut and supported by silver skid plates, and the bonnet has also been flattened to add to the SUV’s appeal. Overall, the front is a contrast to the chrome and silver, but the new design is much better. The side profile reveals additional boxy appeal with a strong shoulder line. The chrome garnish on the bottom, gentle slant, and solid cover on the lower end give a rugged look to the windows. It also stands on the new 17-inch 5-spoke alloy. The rear has a black stripe connecting the wraparound taillights, and it gets a straight cut boot with an integrated spoiler at the top. The redesigned bumper fits nicely with the silver skid plate like the front – overall, the rear has sleek dark appeal with some reflective elements.

This updated version of the S-Cross will be launched in India this year in 2022, Maruti Suzuki is preparing to launch many new cars in the country this year 2022. It is expected that Maruti will start the price of the new India-spec S-Cross at Rs 10 lakh (ex-showroom).