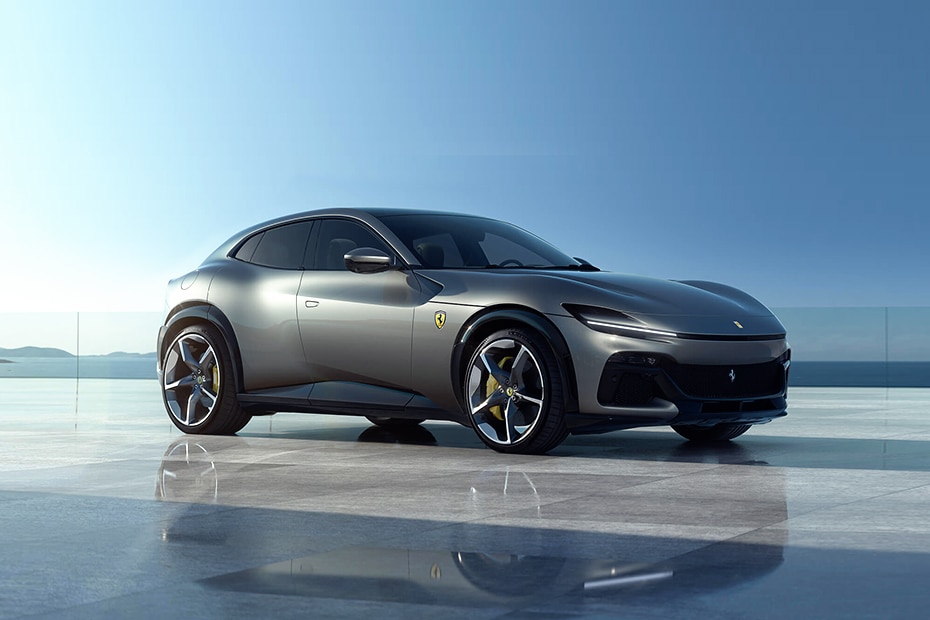 Italian luxury sports car maker Ferrari is about to introduce its first SUV Purosangue soon. Ferrari has confirmed the V12 engine for its new SUV Purosangue, which will be available in the coming months. This SUV will compete with SUVs like Aston Martin DBX, Lamborghini Urus, Bentley Bentayga, Porsche Cayenne and Maserati Levante coming in the luxury segment to be launched. The Ferrari company says that it will be launched as a limited edition only. The design of the new SUV is similar to that of a crossover. This will be the first car to be launched by Ferrari which will be four doors and four-seaters.

Ferrari has installed a 6.5-litre, naturally aspirated V12 engine under the hood, which generates 725PS of power and 716Nm of torque. This makes the Purosangue the most powerful vehicle in the Ferrari camp in terms of engine output. This powerhouse is mated to an eight-speed dual-clutch automatic (DCT) that powers all four wheels. The all-wheel drive powertrain features a front-drive unit, which can be clocked in fourth gear or 200 kmph. It will be able to accelerate to 100 kmph in just 3.3 seconds. Its top speed is 310 kmph.

The new Purosangue is a Ferrari with sculpted body panels and chiselled lines. The exterior design of this revolutionary Ferrari car is a perfect blend between a sportscar and a hunch-down SUV. Up front, we see attractive LED DRLs that sits above the main headlamp unit and between the two air intakes. At the bottom of the front end is a splitter with two air ducts for better cooling and a distinctive housing for the parking sensors. Along with this, the car also gets a front camera which integrates well into the overall design. At the rear, the SUV gets a rudder spoiler, double-down LED taillights and a clear diffuser with double barrel exhaust at both ends.

The new cabin offers a combination of elegant and sporty aesthetics to its passengers. The large digital driver’s cockpit is a direct lift-off from the SF90 Stradale and is also visible on the passenger side. The 10.2-inch unit does the job well and provides all the necessary information to both the driver and passenger. In addition, the new dual-cockpit design gives passengers a sense of uniformity as well as a centre console with a concealed rotary interface for in-cabin comfort functions.

Other highlights of the cabin include a metal gear shifter, central power-window switch and double cup holder made of glass. It also features four independently adjustable seats, a massage function for the front seats, an air quality sensor with a PM 2.5 filter and a built-in navigation system among others as standard. Audio duties on the flagship product are taken over by a new Burmester® 3D high-end surround sound system.

The SUV is equipped with a 10.2-inch touchscreen infotainment system that includes Android Auto and Apple CarPlay on the passenger side, touchscreen pop-up rotary dial for AC, touch controls on the steering wheel and centre console, wireless phone charger, and massager. , Functions in the front seats, heated rear seats and an optional entertainment kit at the rear. It also gets four-wheel steering and suicide doors.

The SUV may come to India in July 2023. It is expected to start from around Rs 5 crore (ex-showroom).