Know about all the features, specifications and variants of Tata Safari 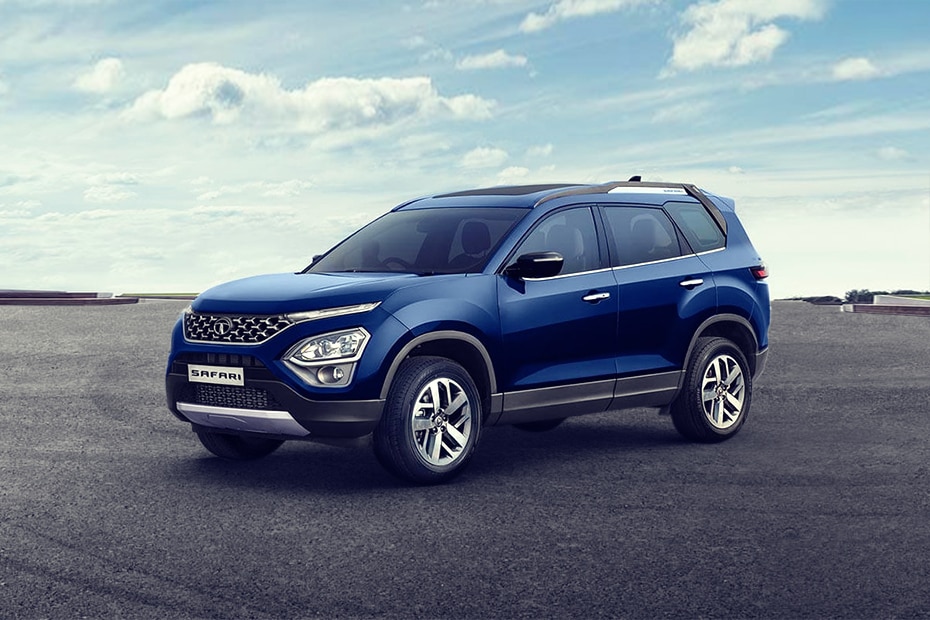 Veteran automaker Tata Motors has launched the Dark Edition of its new car Safari in India. For the last several days, the news was coming about this edition. Now finally the company has launched it. The Tata Safari Dark Edition, like other Dark Editions, sports a tri-arrow pattern with black casing for the blacked-out front grille and bumper-mounted headlamps with black accents, alloy wheels and black lettering on the ORVMs.

Talking about the engine and gearbox of this car, the car has been given a 2.0-litre Kryotec turbo diesel engine, which has also been used in the Harrier. This engine generates a power of 170hp. Apart from this, a six-speed manual and six-speed torque converter automatic gearbox have been given in the car. A 1.5-litre turbo-petrol unit and AWD could be offered in the future.

The new model of Tata Safari gets bolder and more stealthy design changes. Black dichrome is available in all chrome trims except for the Tata logo. The SUV also gets a Safari branding on the hood, which is an optional upgrade over the standard variant. Moreover, the front and rear bumpers have completely blacked-out skid plates to match the overall bold and rugged look. The side profile of the Tata Safari gets a new set of alloy wheels.

The Cabin Adventure of the Tata Safari comes with an all-black dashboard. The seats and trims get light grey upholstery. This colour theme gives a more sporty and adventurous feel to the interior. Also, the dark theme will be easier to maintain than the standard version’s black and white colour theme. Apart from this, the Adventure Edition gets all the features that come with the top variant, including ventilated front and middle row seats (only in the 6-seat model), an air purifier and a wireless phone charger.

The Tata Safari gets an 8.8-inch touchscreen infotainment system, wireless phone charger and Apple CarPlay, nine-speaker sound system, wireless Android Auto, air purifier, six-way adjustable driver’s seat and a panoramic sunroof. It also gets auto AC (with vents for second and third rows), cruise control and a tire pressure monitoring system (TPMS). The front and rear ventilated seats in the car are restricted to the top trim. The Jet variant gets Type C charging ports on all rows and winged headrests on the second row. Safety features include an Electronic Stability Program (ESP) at all corners, disc brakes, an electronic parking brake with Auto Hold, up to six airbags, ISOFIX anchorage and roll-over mitigation.

Tata Safari is available in six trims: XE, XM, XT, XT+, XZ, and XZ+. The SUV is available in new ‘Jet’ variants along with exclusive ‘Dark’, ‘Gold’ and ‘Kaziranga’ variants. It is offered in both six- and seven-seater capacities, depending on the variant.

The SUV competes with the Hyundai Alcazar, MG Hector Plus and Mahindra XUV700.