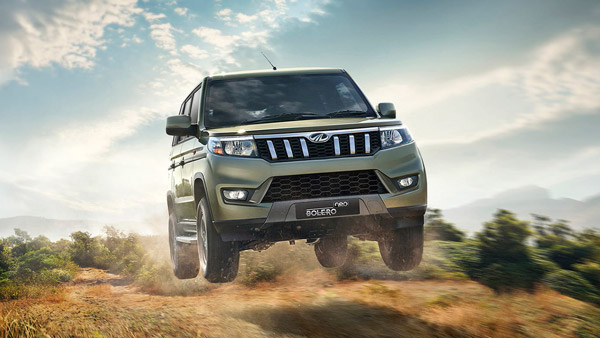 In terms of design, Mahindra will slightly discourage the styling of the SUV, like its sub-four-metre TUV300 Plus counterpart that made its transition to the Bolero. Expect a refreshed-looking nose with a new grille, headlamps and bumpers, lightly redesigned side cladding, new alloy wheel design and rear bumper with re-profiled tail lamps. No change has been made in the wheelbase of the Bolero Neo Plus.

Talking about the Mahindra Bolero Neo Plus engine, Mahindra can equip it with a 120PS/280Nm 2.2-litre diesel engine mated to a 6-speed manual transmission. It will get the option of both manual and automatic gearbox.

Talking about the interiors of Mahindra Bolero Neo Plus, it includes a 7-inch touchscreen, cruise control, BlueSense app (connectivity interface), steering mounted controls etc. I expect the Bolero Neo Plus to get the updated BlueSense Plus. Although with embedded SIM capability – as we have seen on the XUV300 recently. Mahindra Bolero Neo is a seven-seater car – with two side jumper seats at the boot. We expect the Bolero Neo Plus to be a 9-seater with a longer side bench in the boot area. It is unlikely that Mahindra will go ahead with the third-row configuration.

Features of Bolero Neo Plus

Talking about its features, the upcoming SUV will get a new instrument cluster with a new MID display, a 7-inch touchscreen infotainment system with Bluetooth connectivity, and a tilt-adjustable power steering wheel with mounted controls, electronically adjustable ORVM, front armrest, LED DRL. will get. You will get a revision. Upholstery, height-adjustable driver seat, AC with eco mode and many other great features will be given.

Though it will not have any immediate rival, the new Mahindra Scorpio N will be its only rival.