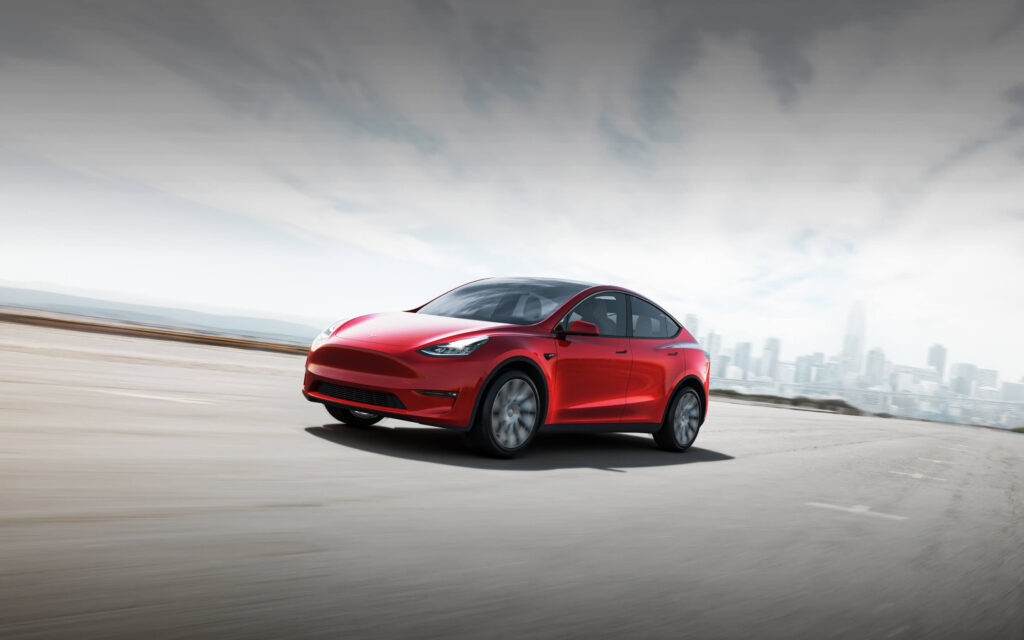 Recently, a number of electric cars have been launched in India, which clearly shows that the automakers are looking at their future in the electric segment. Though it may take a long time for electric cars to completely capture the Indian market as compared to conventional cars, experts believe that more electric cars can be seen in the Indian market than ever before. Tesla company is already in the process of launching its electric cars in India and by the end of this year, Tesla company can launch its car. Ahead of the launch, the Tesla Model Y electric SUV was recently spotted on Indian roads during a test run. Motor Beam has also shared a video of the blue coloured SUV on social media. Earlier, the Tesla Model 3 electric car was spotted testing on Indian roads. Interestingly, during testing, both the Tesla cars were seen with the same colour paint scheme, with no camouflage being used.

In terms of power and range, the company claims that the top speed of the long-range version of the Tesla Model Y is 209 km/h. This version can accelerate from 0 to 96 kmph in just 5.5 seconds. The standard version of the electric SUV has a top speed of 164 kmph and can do 0-96 kmph in 5.9 seconds. Both the variants come with a dual-motor setup (one on each axle) with an all-wheel drivetrain. While the claimed range of the Long Range variant is 525km, the Performance variant can do 488km.

In terms of features, the Model Y is equipped with a 15-inch tablet-like display that controls many of the controls of an electric SUV. Other features onboard include 12-way power-adjustable (front only) and heated front and rear seats, panoramic glass roof, dual-zone climate control and wireless charging. The Model Y will also come with Tesla’s semi-autonomous Autopilot technology including blind-spot monitoring, a 360-degree camera, front and rear sensors, adaptive cruise control, collision warning and emergency brake assist.

If you thought the Model Y SUV would look very similar to the Model 3 hatchback, you would be right. Both use the same basic architecture, with notable differences being the increased ride height for the Model Y, as well as a longer roofline, little extra bodywork, and the black plastic in use around the door sills and wheel arches. There are trims. Is.

The Model Y’s minimalist interior doesn’t offer any surprises from a design standpoint, with the 15.4-inch central touchscreen taking up space in a smart but spartan cabin, where all you get is the multi-function steering wheel, columnar stalks and physical controls over you. will get. Power window and door opener button. Tesla’s Autopilot system is included with the Model Y, although most of its functionality is made available through additional payment options. The technology uses multiple cameras and sensors that are capable of scanning your surroundings and feeding information into advanced cruise control programs, but during our own testing, we felt that the standard adaptive system worked quite well.

Its only direct rival may be the Ford Mustang Mach-E. The Model Y could also be an option for the Jaguar I-Pace, BMW IX, Audi e-tron and Mercedes-Benz EQC.

Tesla offers a four-year/50,000-mile warranty with the Model Y, while the battery and drive system are covered for eight years and up to 120,000 miles, whichever comes first.

The Tesla Model Y is expected to launch in early 2022. Its price may start from Rs 70 lakh (ex-showroom).