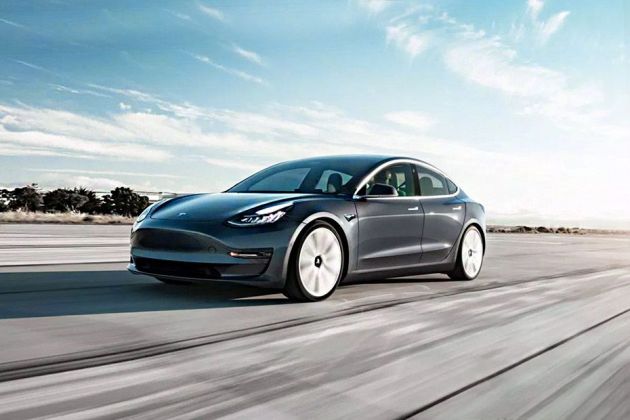 The demand for electric cars is increasing rapidly all over the world, till now many companies have introduced their electric cars in the Indian market as well. But still, the world’s most famous electric car Tesla Model 3 is off Indian roads. But now very soon this car will also be seen landing on the roads here, the company’s CEO Elon Musk has indicated through Twitter. Elon Musk has indicated this while answering a user’s question on Twitter. Arvind Gupta has written in his question on Twitter that he had booked this car four years ago and he wants to know when this car will be launched in India. Responding to Arvind’s question, Elon Musk has said, ‘We hope that Tesla’s Model 3 will be launched in India soon. But the hope of running has gained momentum.

It is believed that the American company Tesla will start its dealership in India as well as Tesla’s sales network will also be started. Tesla service centres will also open for the convenience of customers. It is also being told that Tesla’s assembly and manufacturing plants can also open in India, where Tesla cars will be assembled as well as made. Detail information about this will come in the coming time, but if this happens, then while employment opportunities will be created for Indians, the prices of cars may also come down. However, there is still some time left for Tesla to get a good response in India.

According to the information provided by IDIADA Auto Native Technology, which is testing the car, the Tesla Model 3 has a ground clearance of 140mm. which cannot be extended. At the same time, the testing agency said that 200 speed-breakers were crossed during testing on the road in India. Which Tesla Model 3 got stuck on the speed breaker 160 times. According to the speed breakers made on the road in India, the ground clearance of any sedan car should be at least 165 mm. In such a situation, the ground clearance of Tesla’s Model 3 sedan car will have to be increased by 25 mm.

All of the car’s functions, including the Tesla Model 3’s headlights and windscreen wipers, can be controlled through a 15 iPad infotainment screen located in the centre of the dashboard. The speedometer is also displayed on the touchscreen. The Model 3 processor is very fast and there are many fun features on the screen (ie driving games controlled by the steering wheel, Spotify, Netflix and YouTube). Below the infotainment screen in the Model 3’s tech-savvy interior are a pair of wireless charging pads. Alternatively, if your phone isn’t enabled with wireless charging, two high-powered USB-C ports let you quickly charge your device on the go. The Tesla Model 3 has the same rear space as the BMW 3 Series, so some tall travellers will be comfortable there for longer trips. The Tesla Model 3 also has decent boot and storage space.

There is heavy camouflage throughout the exterior but we can infer from the previous images that it will not be too far from the international model. This means the front end will feature a curvy and flowing bonnet design for aerodynamic efficiency, sporty bumpers, sleek LED headlamps and an overall modern and minimalist appearance. The emphasis is on chunky alloy wheels with large wheel arches and a curved shoulder line at the edges. The trademark pop-out door handle along with the sloping roofline at the rear adds to the elegant side profile. The rear features split LED tail lamps as well as the Tesla logo at the centre of the boot lid and a boot-mounted rear spoiler to aid the aerodynamic aspect of the vehicle.

Tesla has equipped the US-spec Model 3 with two wireless charging pads, a massive 15-inch touchscreen infotainment system, 12-way power-adjustable front seats with heated function, and a 14-speaker sound system with autonomous driving features. It remains to be seen what Tesla offers with the India-spec model, but it is expected to be a feature-rich offering as it will be an import.

The Model 3 has no direct rival, but with an estimated price tag of Rs 60 lakh, it will take on similarly priced sedans like Mercedes-Benz E-Class, Audi A6, BMW 5 Series and Volvo S90.

The Tesla Model 3 is expected to go on sale in 2022. Tesla electric sedan price may start from Rs 60 lakh (ex-showroom).