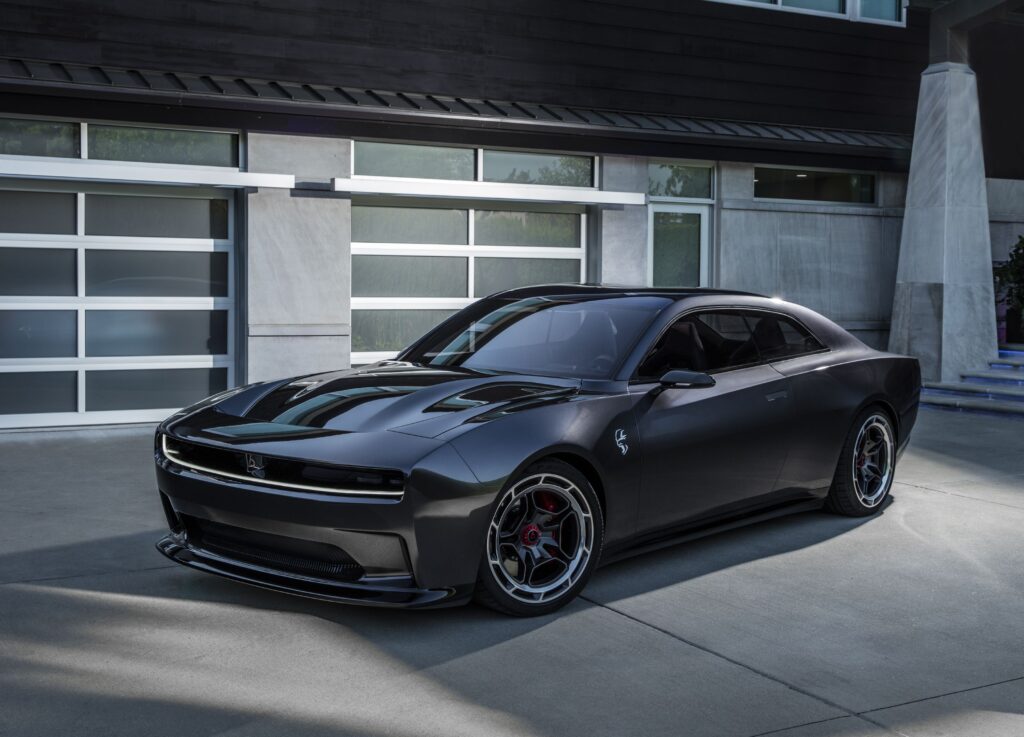 After the Dodge company announced that it would discontinue the Challenger and Charger next year, the American carmaker has now revealed an electric concept car based on the latter. The high-performance EV concept is called the Dodge Charger Daytona SRT and was revealed at Dodge Speed ​​Week in Michigan. Dodge claims this car is the “future of the electrified muscle.”

Dodge is still silent about powertrain details, but it did share some interesting bits. The Dodge Company uses an 800-volt electrical system for the powertrain known as the “Banshee”, which inspired the “Screaming Banshee” badge on the fenders. This enables it to handle fast charging up to 350-kW. Dodge also said that the Charger Daytona is all-wheel-drive and faster than the current Hellcat. It gets a PowerShot overboost button like the newly revealed Hornet, which can be used at any time, and the car has drive modes called slam, drift, drag and donut.

The design of the Charger Daytona SRT is similar to that of the Classic Charger, but the firm says aerodynamics have been improved with a bespoke R-wing including a spoiler on the bonnet for extra downforce. The Charger Daytona SRT is a two-door coupe meant for the rear end of the hatchback. The exterior featured carbon fibre intakes and an illuminated front grille, as well as the Fratzog logo—used on select Dodge production vehicles in the 60s and 70s—the first to represent Dodge’s electric future since 1976. bar returns. Next, you’ll see a patent-pending front air dam that lets air in and improves downforce.

Inside the car, the Charger Daytona SRT sports a 12.3-inch touchscreen and a 16-inch curved instrument cluster. It also has an 8.3-inch head-up display, ultraviolet design feature and ambient lighting. The lightweight seats on the model also feature the Fratzog logo and blue plasma and silver stitching. The firm claims the car is as practical as it is fast, with flat-folding rear seats and more storage space than any previous Dodge muscle car.

The 2024 Charger Daytona’s “exhaust system” is a feature that, perhaps, inspires much debate. This is the first EV to feature exhaust sound and is said to be as loud as 126 decibels, which is faster than the Hellcat. Unlike the front grille, Manhart gave the Tesla Model 3, the exhaust (actual, physical exhaust) on the 2024 Charger Daytona SRT will be functional(ish). Obviously, there will be no CO2 emissions, but at least it gives character to the car and it will deter any unsuspecting EV drivers from quietly sneaking up behind you. While mostly a gimmick, the so-called, Fratzonig exhaust is another nostalgic return to classic muscle cars. Don’t expect the Supercharger V-8’s explosive soundtrack.

The Charger Daytona SRT concept will lead to a production vehicle sometime in 2024, while the current Charger and Challenger will be discontinued in 2023.