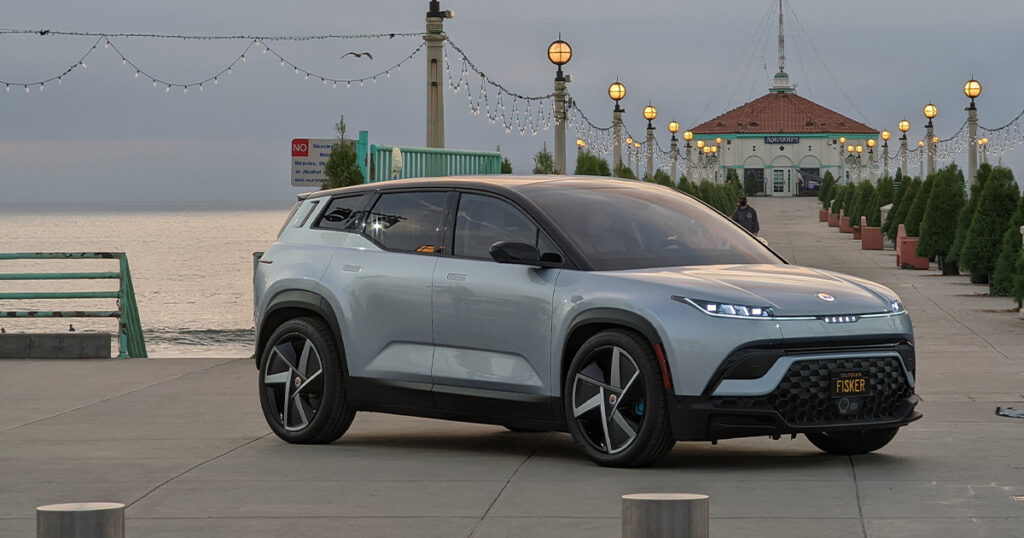 Electric vehicle maker Fisker unveiled its first electric car, the Ocean SUV, at the 2021 Los Angeles Auto Show. Let us tell you that Fisker is an electric vehicle manufacturer. Fisker has kept the SUV similar to its prototype. Which is very much liked by the youth due to its strong look. According to the information given by the company, the Fisker Ocean car will come in 3 trims. Equipped with modern features, the specialty of this SUV is its solar panel, due to which this car will be able to give a range of 2414 km annually when charged. According to a report published in Car & Bike, this SUV can also be introduced in the Indian market in the next few years. Let’s know what else is special in this electric car.

The Fisker Ocean SUV can prove to be very powerful in terms of power and range along with strong looks. This car has been made keeping in mind the young generation. The Fisker Ocean SUV will be launched in three trims, where in the Sport trim the motor generates a maximum power of 275 horsepower, giving the car a range of 250 miles. At the same time, the Ultra trim will get 540 horsepower, which can give a range of 340 miles. Also (Xtreme) model is likely to be equipped with 550 horsepower and 350-mile range. It has a solar panel on its roof. The company has claimed that the solar panel will be capable of delivering a driving range of 1500 miles i.e. 2414 km annually when charged under sunlight.

Using Fisker-Flexible Platform Adaptive Design (FF-PAD), Fisker’s design, engineering and software teams will integrate Magna electric vehicle architecture with Ocean’s award-winning exterior design. The car’s purpose has been made clear from the start, with its large windows, boxy edges on all four corners and slim headlights (smaller than recent cars!) on the small-ish grille, the B-pillar being almost an estate design. Fisker has lived up to its promise of maximizing interior space while making the most of the electrification of the car. The aluminum used is recycled, as is the plastic, in keeping with the founder’s beliefs.

Heinrich Fischer has maintained his ideals of drawing from the most minimal and yet decorative aesthetics, Fischer claims to have brought the cleanest car ever to market. To deliver on that promise, the car is fully electric and partially built from recycled materials. And even after the ocean has done its job, Fisker wants to reuse materials from the cars. Inside, the ocean has a straightforward layout that is offset by a few simple controls. Along with the large touchscreen, the Fisker’s dashboard includes a digital gauge cluster and a heads-up display. Fisher Ocean’s party piece is ‘California’ mode. The push of a button opens nine separate body panels with three windows on each side of the SUV, two panels replacing the rear hatch glass and a full-body solar roof.

Equipped with an attractive design, the SUV will feature a large 16-inch touch screen and a 9.8-inch cluster screen along with a state-of-the-art head-up display on the windshield. From augmented reality features to haptic touch buttons and immersive digital experience, the vehicle offers an impressive surround view. Fisker is working on integrating a karaoke mode, which will display the lyrics of your favorite songs on the windshield without your eyes seeing it. The Fisker Ocean Car features a unique, industry-leading structure that protects the battery pack in the event of a side impact. Additional reinforcements have also been added to the body structure in the event of an impact to protect passengers and the overall vehicle.