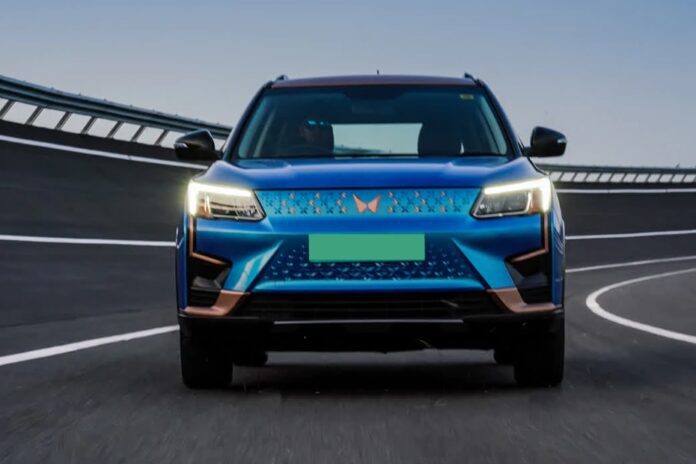 Domestic automobile company Mahindra & Mahindra has recently launched its upcoming electric cars XUV.e8, XUV.e9, BE.05, BE.07 and BE.09 in the international market and these EVs will be launched in the year 2024. Mahindra & Mahindra is about to introduce its new electric car Mahindra XUV400 in the Indian market and there is a tremendous craze about it. Details about the look and features of the Mahindra XUV400 electric SUV are coming out one after the other. According to the new information that has surfaced recently, the Mahindra XUV400 can get an electric sunroof as well as advanced safety features. Along with this, the XUV400 electric SUV will also come in a Blue colour option. Let us now tell you in detail about the battery range and look-features of Mahindra XUV400 Electric along with the expected price.

Based on the XUV300, the Mahindra XUV400 inherits the body shell and most of the styling from its fuel-powered sibling. However, there are certain elements that will help differentiate the electric SUV easily. The front grille has now been completely discontinued, with the new Twin Peaks Mahindra logo placed at the centre and surrounded by small bronze elements. The headlights and bumpers are taken from the XUV300. From the side, the XUV400 will look a bit tall. This is because it is 205 mm longer than the XUV300. In addition to length, raised wheel arches, glass houses and 16-inch alloy wheels are also included.

The interiors of the XUV400 get a completely black interior with AC vents and bronze accents on the centre console. The gear lever along with the drive selector has also been changed while other aspects of the new electric SUV remain unchanged from the XUV300. Other features that remain unchanged include a touchscreen infotainment system and an electric sunroof. The interiors of the cabin also remain unchanged and you can expect good legroom at the rear. The boot space takes advantage of the extended length, which increases to 378 litres. With the increased boot space, the length of the XUV400 corrects the problem of smaller boot space on the XUV300.

The new electric SUV gets a single-pan sunroof, a seven-inch touchscreen system with 60+ connected car features and a push-button start-stop. The safety package will include six airbags, cornering brake control, ESC, a rear parking camera and many active safety features.

Mahindra will launch the electric SUV in January 2023. Its price may start from Rs 17 lakh (ex-showroom).

Booking of Maserati MC20 started, know what is special in this car

India’s first electric supercar Azani has arrived, know everything about it