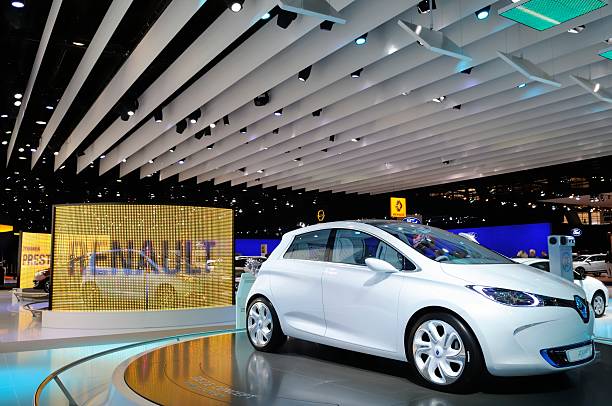 The Renault Electric Zoe will get LED headlights and taillights with DRLs. The Zoe’s international variants get 17-inch diamond-cut alloy wheels, which are subject to change after the launch in India. Along with this, Zoe’s cabin will include features like a 10-inch digital instrument cluster, a 9.3-inch touchscreen infotainment system, a wireless smartphone charger, electronic parking brake. A report by Autocar India Renault is testing the Zoe in India. Update for seasonal viewing. I change can use 41kWh capacity in this car. 300 to 350

Talking about the modifications made to this electric car from Renault, the company will make some changes under the battery, so that it can be given additional protection from physical damage. Given other conditions including speed breakers of different sizes on the roads here, this additional security is considered necessary. Apart from this, the car will get some more modifications according to India.

Some parts of the upcoming Renault Zoe EV in the Indian market are expected to be assembled in India. An electric motor with 90hp power and a 41kWh battery can be given in this electric car. It is expected to have a range of 300-350 km on a full charge.

How to Calculate the Range of Renault ZOE

The most important information to find out the range of Renault ZOE is the capacity of the built-in lithium-ion battery of the electric vehicle. The number of kilowatt-hours determines the energy reserve needed to power the Renault Zoe’s motor and the onboard equipment that comes with such a car.

In addition to the amount of power available, the Renault Zoe’s range depends on driving style and weather conditions. By braking slowly and slowing down gradually, the recovered kinetic energy is converted into additional range. Many modern features have been included in this car. The company has made the interior of the car in a very modern way.

Renault Zoe car is going to be launched in India at very affordable prices which will cost around 8 lakhs ex showroom in India.