2022 Mahindra Scorpio-N SUV will be launched on June 27, will get great features with great looks 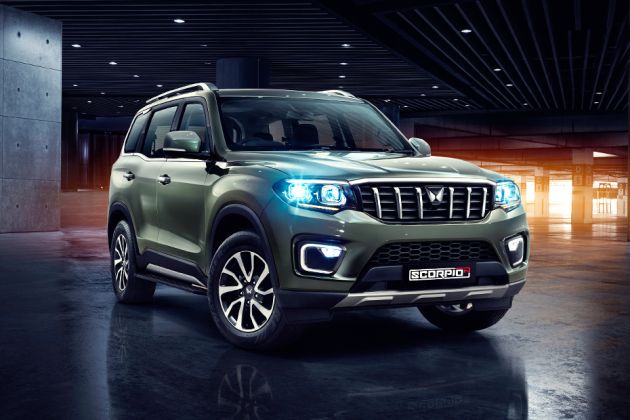 The whole world is waiting for the launch of the next-generation model of Mahindra’s best SUV Scorpio and now the wait is about to end and soon the company is going to show it. Yes, Mahindra & Mahindra has revealed the #BigDaddyOfSUV All New Scorpio N launch date along with the first look of the new Scorpio. Mahindra will launch the next-generation model Scorpio N of its luxury SUV Scorpio on June 27. Along with this, the company has also revealed the look of the new Mahindra Scorpio N to give comfort to the eyes of the people. The Scorpio N will be bigger, bigger and more powerful than its current model. Along with this, the latest technology and many special features will be seen in the new Scorpio N. The interiors of the upcoming Scorpio will be eye-catching. The Scorpio N will be offered in petrol as well as diesel engine options and the new Scorpio will get both manual and automatic transmission options. The special thing is that 4X4 capabilities will also be available in the new Scorpio.

Talking about the features, the car will get a new big touchscreen, digital instrument cluster, connected car technology, dual-zone climate control, cruise control, wireless phone charging, 360-degree camera, sunroof and many more such luxury features. At the same time, the driver display is digital and steering mounted controls are also seen. The next-gen Scorpio N is bigger than the current model with a longer wheelbase, which means it will take up more space. The Scorpio-N will be based on the new ladder-on-frame platform

Mahindra says that the new model of Scorpio will be a full-size SUV. It will sport a bold and attractive design and commanding driving positions. As per the official images and videos uploaded by Mahindra, the front end of the SUV will feature the trademark vertical slanted grille with a chrome finish as seen on other Mahindra SUVs, a straight bonnet, LED headlamps, sporty bumpers to make it look masculine. for. for. for. for. See attendance for. There will be elegant C-shaped LED DRLs on the bumpers around the fog lamp housing. The side profile will reveal the length of the SUV, which could be equal to the XUV700. In the previous spotting, it was seen standing next to the Ford Endeavor and there was not much difference.

The interior layout and cabin are yet to be revealed but the 2022 Mahindra Scorpio N is sure to make its mark. However, it could be similar to the previous generation XUV500 which was on sale before the XUV700. The centre console will get an integrated touchscreen display for the infotainment system, dual-zone automatic climate control, part-digital instrument cluster and brown and black upholstery with gloss black inserts to highlight the cabin. We expect the Scorpio to have the latest connectivity features and operating system to suit the modern-day vehicle.

It will continue to be a strong alternative to similarly priced monocoque compact SUVs like the Hyundai Creta, MG Astor, Kia Seltos, Nissan Kicks, Skoda Kushk and the Volkswagen Taigun.