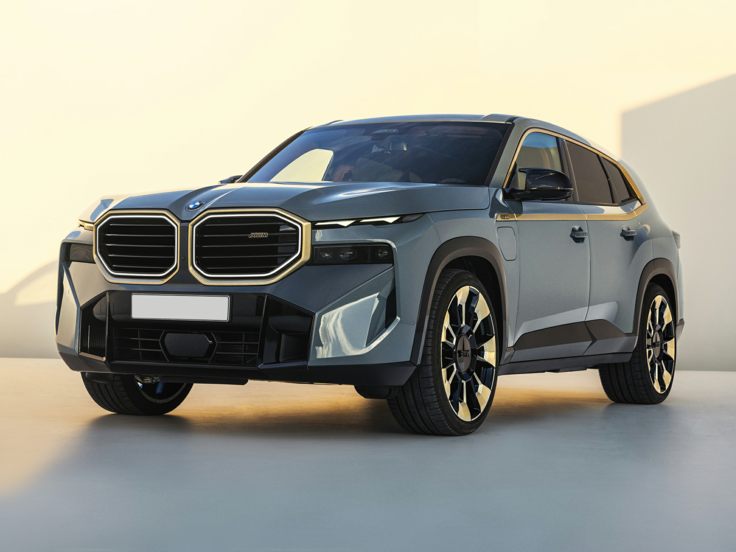 Luxury car manufacturer BMW has launched its new flagship SUV XM in India. With this launch, BMW is all set to capture the ultra-luxury SUV segment competing with the likes of the Lamborghini Urus, Aston Martin DBX, and Porsche Cayenne Turbo GT. BMW XM is equipped with hybrid technology with a petrol engine. The XM has adopted a new design and got staggering specs. It also packs the latest interior technology that BMW has to offer with large displays and connected car features.

It is powered by a new turbo-hybrid 4.4-litre V8 powertrain that produces 653PS, making it the most powerful M road car ever. The looks might be the divider for a fairly large and heavy SUV, but the performance is undeniable with a 100 kmph sprint time of 4.3 seconds.

The BMW XM looks like an elephant, thanks to its massive dimensions and elongated, vertically aligned, typical BMW kidney grille. At the front, LED lights wrapped around the grille illuminate it and it is accompanied by a sleek, diffused LED headlamp setup. Talking about the side profile, it has a sinking window line and large square wheel arches, which house 23-inch alloy wheels. At the rear, the XM gets vertically stacked exhaust outlets and sleek LED taillights. Dimensions are largely similar to the X7. It features a radical design with angular sharp lines and sleek edges, which allows for less drag and better efficiency, apart from being bold and sporty.

On the inside, the interior layout of the XM is largely similar to that seen in the recently launched BMW i4 EV. In terms of comfort, most of the attention has been given to the rear, with the cabin being named as ‘M Lounge’ for the rear passengers. The cabin gets dual-tone brown and blue upholstery and M badging on the passenger side. Overall, the interior design is quite muted and not very sharp and vibrant, as seen on the new generation BMW models.

Bookings for this model are currently underway and we expect only limited units to be available at a time. XM arrivals will begin in May 2023.

The ex-showroom price of BMW XM in India is Rs 2.6 crore.