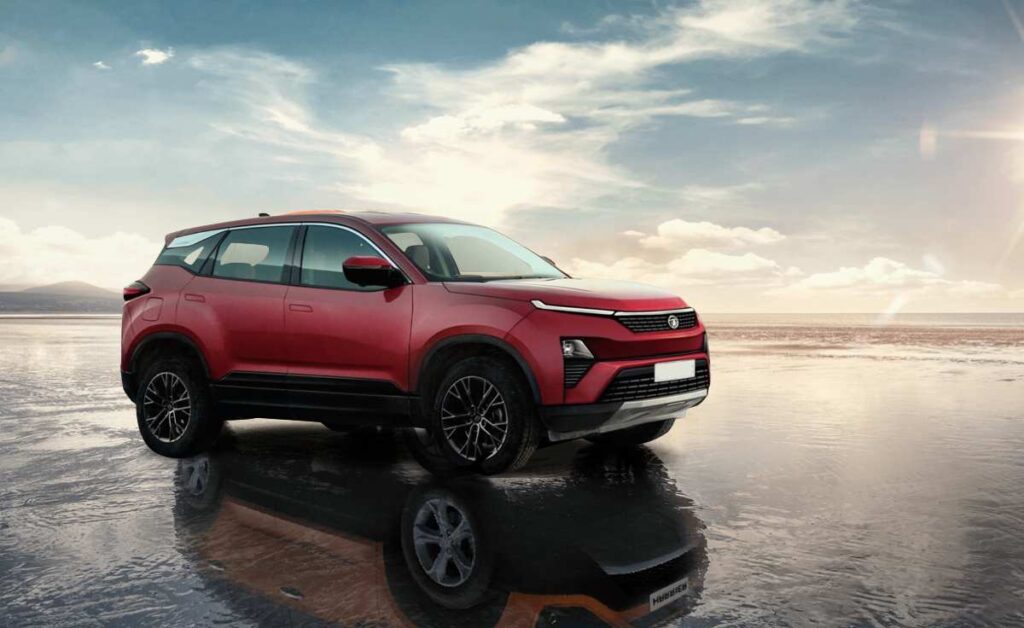 In the car segment, carmakers are launching their new cars as well as updated versions of existing cars, which include Tata Motors followed by Maruti Suzuki, Hyundai Motors and Mahindra. Tata Motors is going to launch the facelift version of its popular SUV Tata Harrier. According to reports, the facelift version of the Tata Harrier is being updated with its exterior as well as its interior, features and engine. According to leaked reports on the internet, Tata Motors may launch this Tata Harrier facelift by the end of the year or in the first week of January 2023.

It is likely to be powered by the same 2-litre diesel engine (170PS/350Nm) as the current Harrier. This unit will be paired with a six-speed manual transmission and an optional six-speed torque converter. A new petrol engine is also likely to be included in the Harrier.

This digital facelift gets a lot of modern bits that give it an updated look. It includes things like a very sleek front fascia with a compact front grille with chrome belts, neatly flowing chrome belts in the LED DRLs, a bigger radiator grille at the bottom with a now more muscular bumper, a sturdier and sleeker one below that Are included. The sturdy silver skid plate rests on it, and the straight bonnet gives it an attractive stance.

On the side, the SUV gets black side body cladding with large black wheel arches, snazzy alloy wheels, beefy front and rear fenders, black side pillars with glossy black and chrome surrounds, shark fin antennas, flush-fitting door handles and wraps. – LED taillamps all around. The black side pillars give the SUV a floating roof effect. However, the overall silhouette remains more or less the same as the current-gen model.

The dashboard design of the Harrier is likely to be updated with new upholstery colours. Tata will equip the new Harrier with a large 10-inch HD touchscreen with slim bezels. The biggest update on the new Harrier will probably be the ADAS safety technology. ADAS technology used to be available only in luxury vehicles.

It will compete with the Mahindra XUV700, MG Hector, Jeep Compass and top-spec trims from the Hyundai Creta and Kia Seltos.

It is expected to launch in January 2023. The starting price of the Harrier facelift is likely to be Rs 15 lakh (ex-showroom).