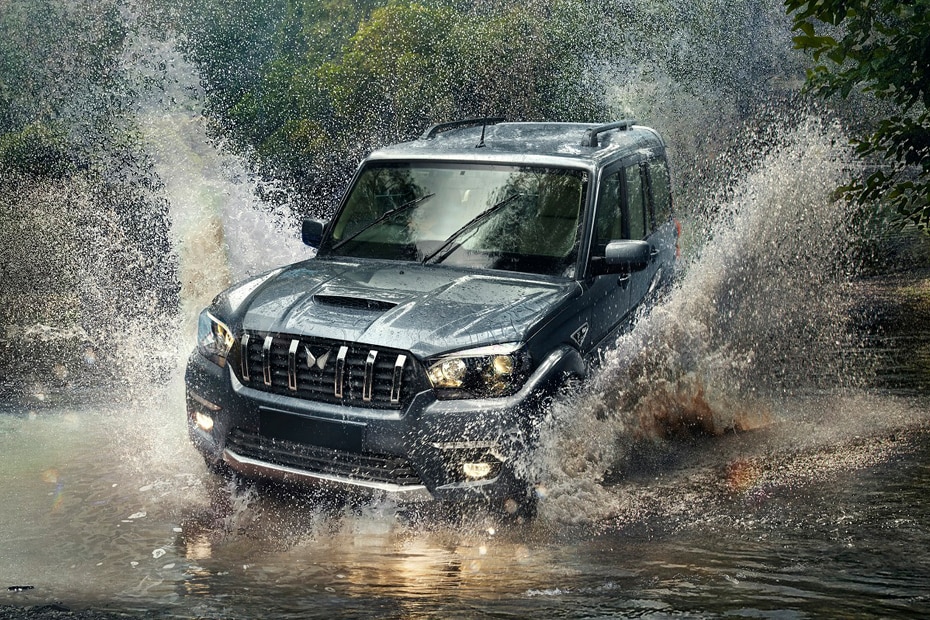 At first glance, the new Scorpio Classic looks similar to the outgoing model. However, Mahindra has given it a fresh front grille with the new ‘Twin Peaks’ logo. There is also a redesigned front bumper which gets a new design for the fog lamp housing along with a silver skid plate. In profile, the Scorpio Classic gets the same design for the 17-inch alloy wheels as the current Scorpio but now gets a diamond-cut finish. The Mahindra Scorpio Classic has also added dual-tone cladding on the doors. No changes have been made to the rear of the Scorpio Classic, except for the signature tower LED tail-lamps which are now red-coloured from the previous black.

On the inside, the Scorpio Classic will get a large touchscreen infotainment system with touch-sensitive controls on the left side of the screen. Additionally, Mahindra has added dark wood trim inserts in the centre console and piano black inserts on the dashboard. The new SUV is equipped with a fully automatic climate control system. It has a dual-tone seat colour scheme of black and beige. The Mahindra Scorpio Classic will be offered in three seating options – two 7-seaters and one 9-seater. It will also get a new gear lever which has been taken from models like XUV700 and Thar.

This variant of the Scorpio can be considered an economical and rugged alternative to compact SUVs like Hyundai Creta, Skoda Kushaq, MG Astor, Nissan Kicks, Kia Seltos and Volkswagen Taigun.

Mahindra may retail the Scorpio Classic between Rs 11 lakh and Rs 16 lakh (ex-showroom).