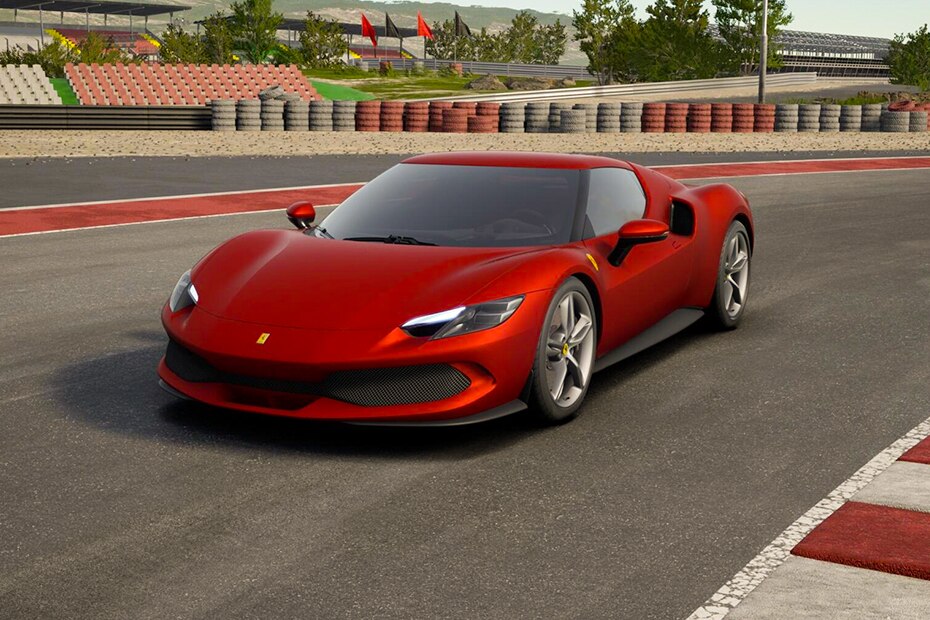 Italy’s famous luxury sports car maker Ferrari (Ferrari) has unveiled its new car Ferrari 296 GTB in the Indian market. The company says that the Ferrari 296 GTB will replace its F8 Tributo model. The engine displacement of 2996 cc is available in Ferrari Name 296. Ferrari claims the 296 GTB is the first road car to be powered by a six-cylinder engine. It is powered by an all-new 6-cylinder engine that comes with hybridization technology to reduce emissions and increase power output, thereby saving fuel.

This Ferrari car has also been brought with a tremendous powertrain. Ferrari’s 296 GTB, powered by a 3-litre V6 turbo engine, produces 663 PS; The electric motor produces 167 PS and 350 Nm of torque. In combination, the 296 GTB produces 830 PS and 740 Nm of torque. Also, it is mated to an electric motor, which produces 819 Bhp and 740 Nm. The engine is mated to an 8-speed DCT automatic gearbox and E-Diff. The car claims to accelerate from 0 to 100 kmph in 2.9 seconds. The biggest feature of the Ferrari 296 GTB is that it has a top speed of 330 kmph.

The design of the Ferrari 296 GTB includes some new designs, in addition to sharing some of the older model’s designs. In profile, this model draws design inspiration from the 250 LeMans and SF90 Stradale. It gets a wide air dam on the front bumper, a large diffuser at the rear bumper, teardrop shape-inspired headlights, door-mounted ORVMs, sleek LED taillights and a black stripe in the middle and ventrally-mounted exhaust. Also on offer is a rear spoiler that helps with downforce.

Inside the 296 GTB is an interior designed to focus on the driver. When looking at the dashboard, all the necessary equipment is right in front of the driver, so they don’t need to take their eyes off the road. It is a perfect example of a driver-oriented cockpit. Ferrari also offered the 296 GTB all-new seats that have carbon fibre shells to keep weight down.

Talking about the features of the Ferrari 296 GTB car, the car can run up to 25 kilometres in electric mode. It has a 7.42kWh battery, with a top speed of 135kph on electric mode. The 296 GTB is the first Ferrari car to use wire and electronic power steering braking. The Ferrari 296 GTB comes with four driving modes, which can be changed via the ‘Imnetino’ dial on the steering wheel. The diving modes are eDrive, Performance, Hybrid and Qualified. The car is equipped with a black ceramic exhaust pipe, titanium wheel bolts, surround-view camera, carbon-fibre front spoiler and steering wheel.

Mahindra Scorpio-N vs Mahindra XUV700: Which SUV To Buy?