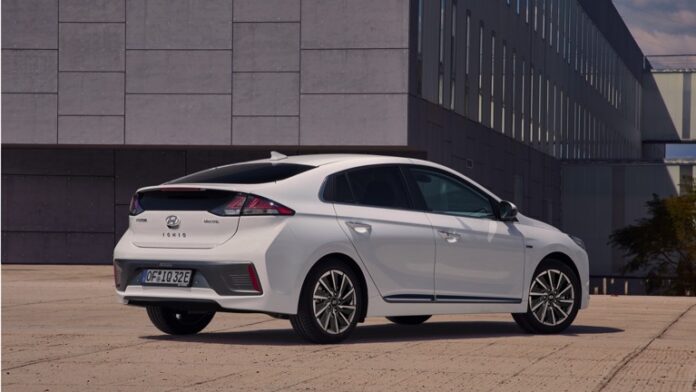 In India, the competition between automobile companies to launch more than one electric car is increasing. Recently Tata Motors launched the second car Tata Tigor EV after Tata Nexon EV and now South Korean automaker Hyundai is also going to launch the second electric SUV Hyundai Ioniq in India after its cool electric car Hyundai Kona. The Hyundai IONIQ Electric SUV has started testing on Indian roads. It is already present in the overseas market and will soon enter the Indian market. The electric car market in India is expanding and new electric cars are being launched every day. In such a situation, Hyundai is also preparing to launch its second electric car Hyundai IONIQ. This is really good news for the Indian people and it is likely to be launched soon.

The Hyundai IONIQ has received five star Euro NCAP safety ratings and several European awards due to its strong performance. Currently, the IONIQ is the best priced eco-friendly car on the market. IONIQ Electric Vehicle has recently won the 2017 ADAC Eco Test. The IONIQ electric car is one of only five cars to have achieved the maximum five-star rating. Emissions of CO2 and other pollutants were included during the test. IONIQ has got the highest 105 marks in this exam. Hyundai will launch more vehicles at the Auto Expo. The company wants to increase its penetration in the Indian market, so the company will launch products here keeping in mind the needs of the customers.

The company will get two battery options of 72.6kWh and 58kWh in this car. Regarding which the company claims that on a single charge, it can cover a distance of 481km and 385km. Another feature of this is its charging capability. It’s electric motor will be capable of generating power from 169hp to 306hp and pickup torque of 350Nm to 605Nm. The company claims that this car can be charged from 10 to 80 per cent in just 18 minutes and this electric car can run up to 100 kilometres in just 5 minutes of charging. It can go from 0-100kph in just 5.2 seconds and has a top speed of up to 185kph. These are certainly impressive figures.

The Hyundai Ioniq is a futuristic electric crossover SUV. It sports a clean design with the elements directly on the body. Hyundai says the exterior design of the Ioniq is inspired by the Pony (the carmaker’s first mass-market car). At the front, quad DRLs and high LED headlights have been given. The rear also gets an integrated spoiler and a square-shaped LED rear light. Coming to the cabin, it gets two large 12.25-inch displays with an infotainment touchscreen and an instrument cluster. Apart from this, Hyundai gets a hands-free tailgate, Bose sound system, dual-zone climate control, 360-degree camera, seven airbags and a Level 2 autonomous facility.

The special feature of this electric SUV is that it can be charged up to 10-80 per cent in less than 20 minutes with the help of a 220kW DC charger. Talking about other features, it will get many standard and safety features including ABS brakes, stability control automatically, BlueLink connected car technology, an advanced driver assistance system, GPS data and a front view camera. Sensors automatically lower the window by 150mm for added safety. When an obstacle is detected in the frame.

Tesla and Volkswagen will compete

The Hyundai Ioniq is a mid-size SUV, which is being built on the basis of e-GMP, which can take on Tesla and Volkswagen and can cover long distances with ease. Hyundai has also said that it aims to sell around one million units of electric cars by 2025.

MG Hector 2022 will soon be launched in India with a better look and...

The company released the teaser of Renault Arkana, which will be launched in India...